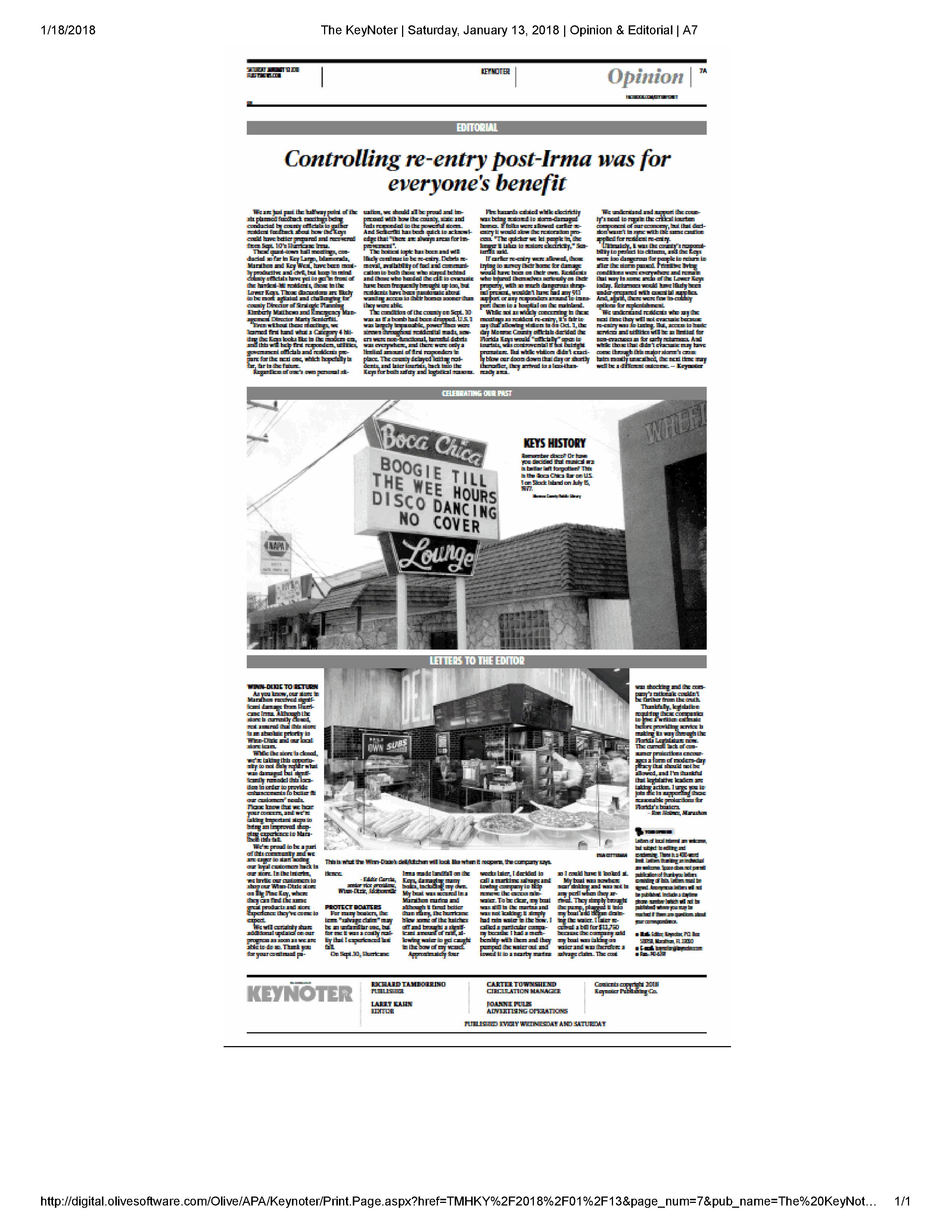 For many boaters, the term “salvage claim” may be an unfamiliar one, but for me it was a costly reality that I experienced last fall.

On September 10, Hurricane Irma made landfall on the Keys damaging many boats, including my own. My boat was secured in a Marathon marina and, although it fared better than many, the hurricane blew some of the hatches off and brought a significant amount of rain, allowing water to get caught in the bow of my vessel.

Approximately four weeks later, I decided to call a maritime salvage and towing company to help remove the excess rainwater. To be clear, my boat was still in the marina and was not leaking – it simply had rain water in the bow. I called a particular company because I had a membership with them and they pumped the water out and towed it to a nearby marina so I could have it looked at.

My boat was nowhere near sinking and was not in any peril when they arrived. They simply brought the pump, plugged it into my boat, and began draining the water. I later received a bill for $13,750 because the company said my boat was “taking on water” and was therefore a salvage claim. The cost was shocking and the company’s rationale couldn’t be farther from the truth.

Thankfully, legislation requiring these companies to give a written estimate before providing service is making its way through the Florida Legislature now. The current lack of consumer protections encourages a form of modern day piracy that should not be allowed, and I’m thankful that legislative leaders are taking action. I urge you to join me in supporting these reasonable protections for Florida’s boaters.

Florida boaters deserve transparency and peace of mind -- even if they experience a problem on the water or need assistance.